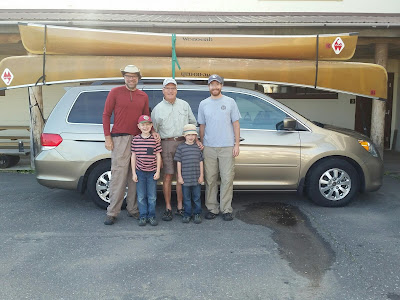 It has been years in the making... finally Lucian got to experience the Boundary Waters for the first time! Ever since Max went at age five, Lucian has had it firmly ingrained in his mind that he would get to go when he turned five. Sadly, the summer of Lucian's fifth year was so hectic and crazy with our move that he did not get to make the trip. But we promised him it would happen this year, and we stuck to it! Paul and my dad made the plans, they invited my grandpa along, and before I knew it, I was waving them off as they pulled out of our driveway.

The girls and I had a relaxing "staycation" with my mom at her house, full of swimming and movies and donuts. But the whole weekend I kept wondering what my boys were up to at that moment. When Sunday evening finally came, I got to hear about the whole adventure!

Lucian informed me that it was "the best time I've ever had in my life!" and way better than he expected it to be. When asked what he had expected, he said he thought they would just "sit around in a circle and clap mosquitoes." Oh that sweetheart. He couldn't wait to go even when that's all he was expecting to do!

Friday night they stayed in a bunkhouse in Ely, which we later found on Google Maps... the boys didn't want me to feel left out. On Saturday morning they ate breakfast in town and then drove to their entry point. The hike in to the first lake was about a half-mile, and each boy was outfitted with a child-sized Duluth pack. They were given clear instructions that at any point along the trail, they were welcome to drop their packs and someone would go back for them. But off they set, brave and determined, and they made it the whole way with their packs! 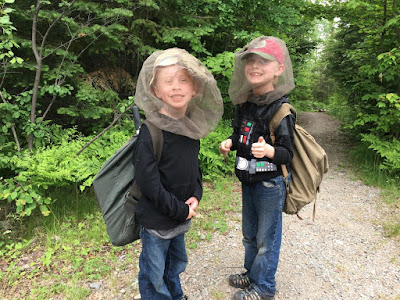 They canoed to their site and set up camp, then the moment Lucian had been waiting for... FISHING! Both boys caught Northern that were big enough to keep, Great Grandpa was kind enough to clean them (Northern are a pain to clean... very bony), and they got to enjoy them for dinner. Lucian told me back home that everything tastes better in the Boundary Waters. He is so right. The boys also spent some time whittling and attempting to catch chipmunks.

After s'mores and stargazing, they read their bedtime story by headlamp in the tent, then slept until pancake time in the morning! Grandpa had called the boys a few days before the trip, asking about their food preferences. Fish for dinner, s'mores for dessert, pancakes for breakfast was the desired menu... ask and ye shall receive!

They packed up camp, canoed back across the lake, and unpacked the canoes at the half-mile portage to the car. Again, the boys were given the same packs, the same instructions. Again, they hauled their packs the entire way, Lucian as the pace setter, Max and Great Grandpa close behind.

They got lunch in Ely and then drove home to their ecstatic sisters (and mom! and grandma!) who showered them with hugs. After a late dinner and baths (you can about guess the color of the water when they were done!) it was time to crawl into their very own beds. They fell asleep quickly and slept very well.

But the next morning, the first thing I heard was both boys agreeing that it was time to go back. They had been in civilization long enough, they wanted the wilderness again.

Do you think you can make it until next summer, boys? 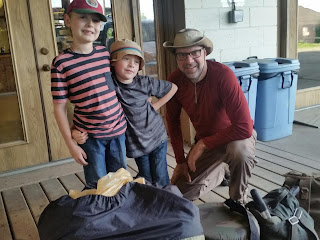 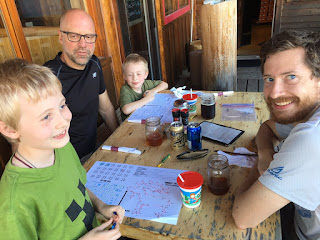 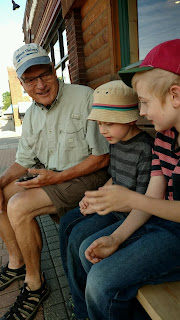 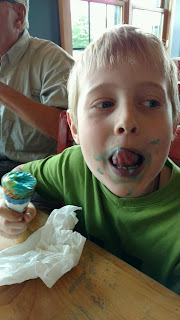 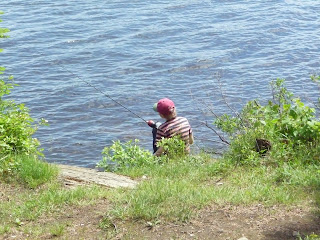 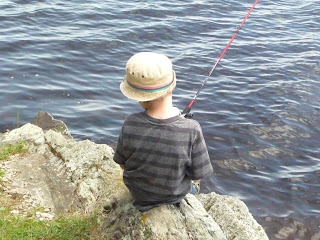 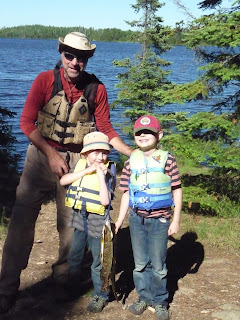 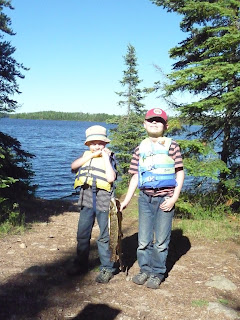 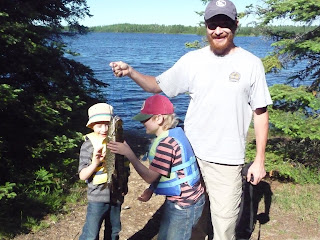