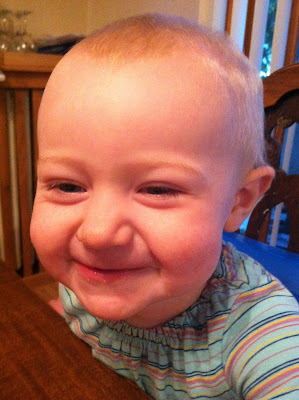 Edith said her first phrase today, "Mo nana" (more banana). I'm sure that doesn't surprise anyone, since her love of food is a well-known fact. It got me thinking about the first phrases of each of my children, and I realized that they are all perfect little capsules of their personalities. Now, I'm not saying that Edith is defined by her love of food, but it sure is central to her life right now! Here are the others, to the best of my knowledge. But remember, I'm a mother of four... if these aren't accurate, I claim Mommy Brain.

Max: "Macky wanna run!" My former little-ball-of-energy has turned into a big-ball-of-energy! He has learned how to channel his constant motion a little bit, and as he learns to read he is spending more and more time with his nose in a book. But even when at rest, he seems to nearly vibrate with excess energy! 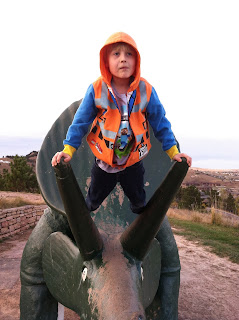 Lucian: "I did it!" Results-oriented from the beginning, the older he gets the more I see how driven and focused my second-born is. He wants to be given tasks, and he will not rest until the tasks are complete. Part of our daily routine is a checklist of things to do, such as "make bed" and "do something creative". He jumps out of bed each day and completes his list before his older brother has even thought about his. 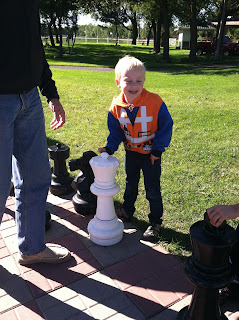 Audrey: "Audrey do it!" I'm not certain that this was her very first phrase, but it was definitely an early one. Unlike her older brother who enjoyed proclaiming his success, Audrey was more interested in demanding to be allowed to do things on her own. Whether she was able to complete the task or not was irrelevant. She did NOT want any help! This trait has faded a little bit lately; I think she realized that it's nice to have people do things for you sometimes. But her independence and refusal to be told what to do is staying strong. Look out world! 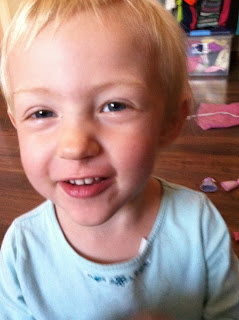 Time will tell what Edith's first phrase really says about her. Maybe it is an early indicator of a love of cooking, or maybe she'll study monkeys in their original habitats. Who knows? But I can't wait to see how her little personality develops! 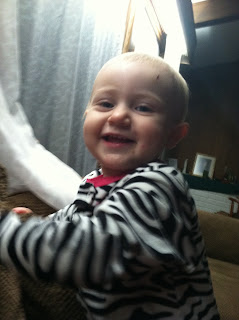