The Hills are Alive

It's been over a month since we returned from our marathon trip to South Dakota, and I'm finally getting around to writing about it! We did so much in the week of our visit, I hope I can do justice to the trip with just a few short words... and a boatload of pictures. We really turned this visit into a vacation, at least as much as my very pregnant, sore, tired and overheated body would let us. The kids had an absolute blast, and I had a great time in spite of the fact that I wasn't physically at the top of my game.

I regret to say that I have already forgotten the order in which we had our adventures, and since my pictures came from various sources I can't rely on them to remind me! So I'll just go with what I've got and tell you what we did, in no particular order.

By far the highlight of the trip for me was our visit to Keystone and Mount Rushmore. I was feeling really good that day and was able to hike part of the trail with the kids, and it actually worked out perfectly, as my energy and Audrey's ran out at about the same time. We haven't been to Mount Rushmore in years; I'm pretty confident we haven't made it since any of our children have been alive. The kids loved it! The pomp and circumstance, the history, the majesty, and since we were visiting over the Fourth of July, it was extremely timely. 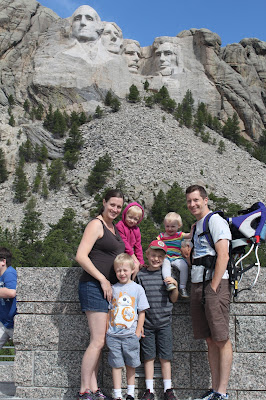 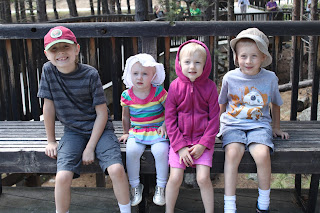 Then we took the car a little farther and stopped in at a picnic area with beautiful views and trails, had a snack lunch provided by Grandma and then went on a hike to an overlook. It was worth the huffing and puffing... but by the time I got there, everyone was just about ready to head back! "Slow and steady" would have been an understatement for my speed that day. 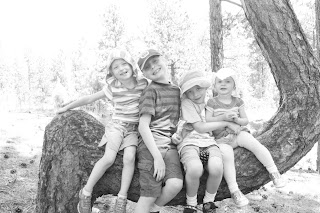 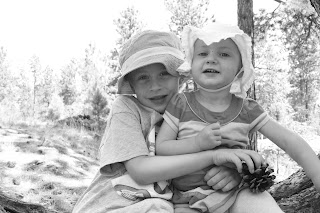 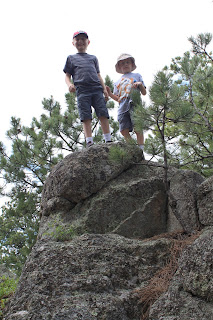 Back in Keystone, we had to stop in and watch the taffy being made at the best taffy shop in the world! Oh, and we bought just a little bit to bring home, too... plus two blocks of fudge. On the way home, we stopped at an overpass and the boys climbed the hill with Paul to look for garnets. When we were engaged, Paul and I went garnet hunting at this same spot, and I just recently found the garnets we collected in a box in the basement! 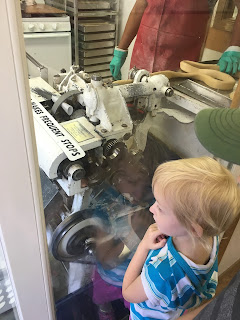 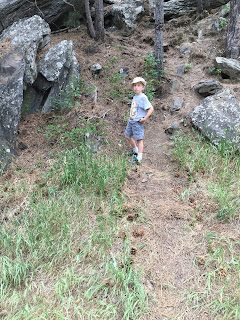 We also made the mandatory trip to Storybook Island on a super hot day in the blazing sun... oh wait, is that 8 months of pregnancy talking? It probably wasn't actually that bad, but I was exhausted. I'm so thankful there were two other adults to pick up the slack. We took a break from exploring to check out the magic show, and the boys even got to be a part of the action! They felt super special. And Audrey was thrilled to get her picture taken with "real" princesses! 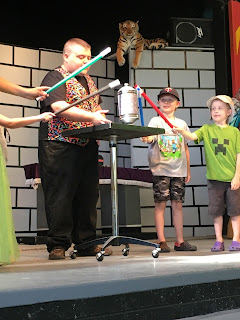 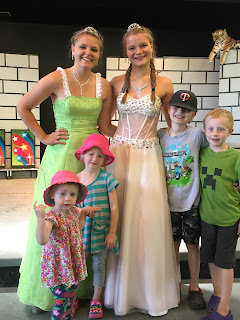 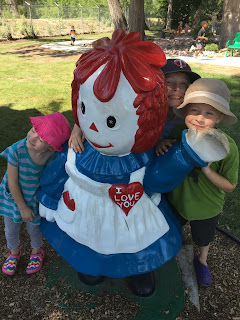 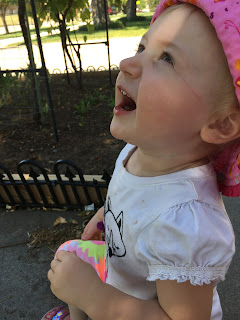 We had a small celebration for Audrey's belated birthday, and she received a Raggedy Ann tea set and storybook from Grandma and Grandpa! She set up a tea party for her brothers and me, and it was adorable watching how careful and proper everyone was around the fancy table. Grandma even made delicious tea cakes to add to the festivities. 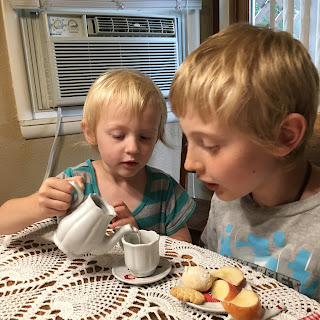 I am so thankful we had time to catch up with may of our very good friends while we were in Rapid. Jacques and Annie met us for a drink one night, even though they were in the midst of battling a family illness and might have rather been home in bed... Thanks, guys, we've missed you! And I got to catch up with Bridget while our kids got re-acquainted for an afternoon. Every time, it's as if no time has passed. Some day, friend, we will take a road trip around the country, just the two of us! 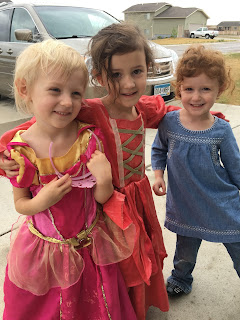 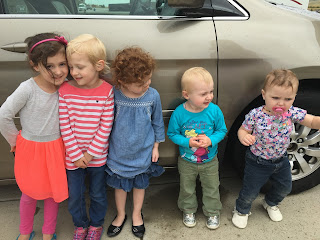 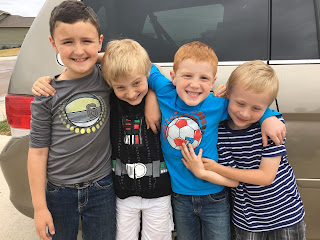 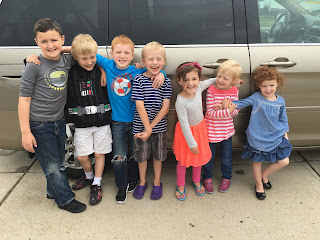 We visited the Outdoor Campus, a nature center on the edge of town, near where Paul and I lived when we were first married. After exploring the campus, we followed a path to the apartment complex and go to show Max his very first home! 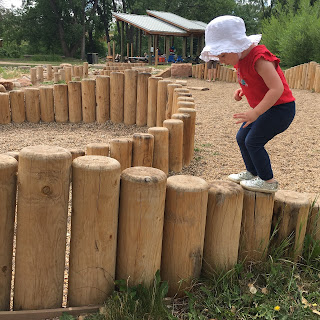 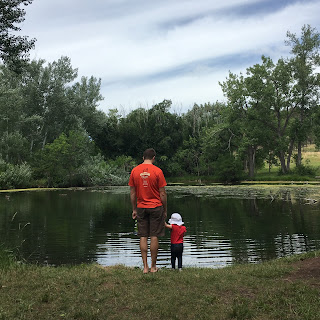 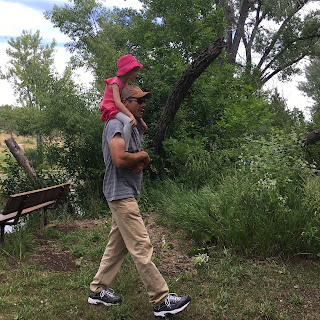 We went to visit the Paul's grandparents one of the days of our visit, but sadly I did not take a single picture while we were there! We had a delicious dinner and the kids had a great time exploring the house and yard while the adults all caught up. It's been a long time since we've been up to visit them, I'm so glad we were able to make it happen! 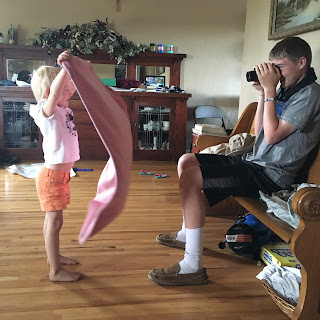 Uncle Liam wasn't able to spend as much time with us as we would have liked, since he's all grown up with a job and everything... hard to believe, I know. But he did take time out of his busy schedule to sleep out in the backyard with the kids one night. They were thrilled to camp out, and even Audrey made it through the night in the tent! Amazing! 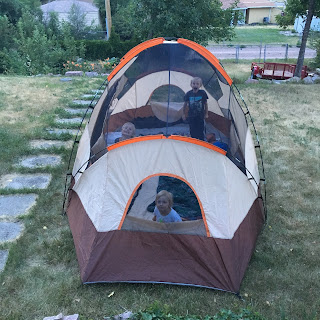 Maureen had to leave to head to Arizona the evening of the Fourth of July, but we managed to celebrate a little before she left, visiting the downtown fountains and dressing in our red, white, and blue, of course. 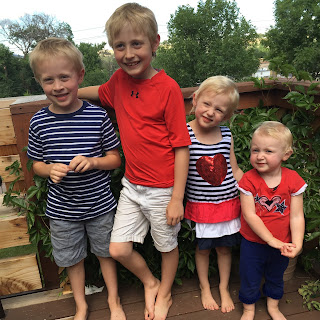 Poor Audrey came down with a strange flu sickness later in the day, but she was completely herself by morning! She later passed it on to Edith and then Lucian, but we were safe at home by that point. She missed out on sparklers and fireworks, but we all know loud noises aren't her forte... so she wasn't too distraught. 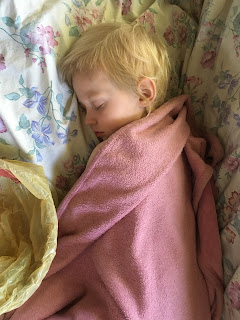 Everyone else loved the sparklers and fireworks that Liam and Paul picked up, and they were lighting them off long after dark. It was a great way to end our lovely visit! We set off in the morning and made it home without much of a hitch, thanks to some great audiobooks and a fairly easygoing Edith. She really can make or break a trip with her high-pitched shrieks. But we love her anyways. 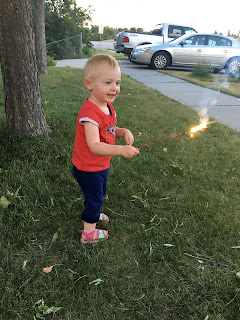 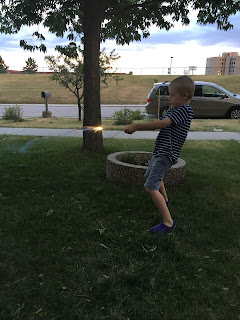 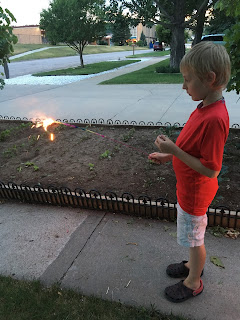 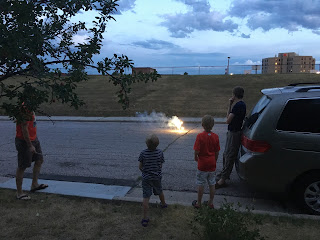 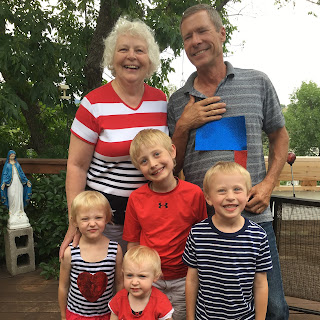 Thanks for hosting us, Grandma and Grandpa! We had a great time!!
Posted by Taryn at 10:24 PM